Remember how you felt at that last business fair? You may be all too familiar with this load of fancy pop-up architecture and temporary pavilions. You may even have visited an international exposition. But you probably haven’t experienced the kind of months-long mega-blowout as millions did in Chicago in 1893. 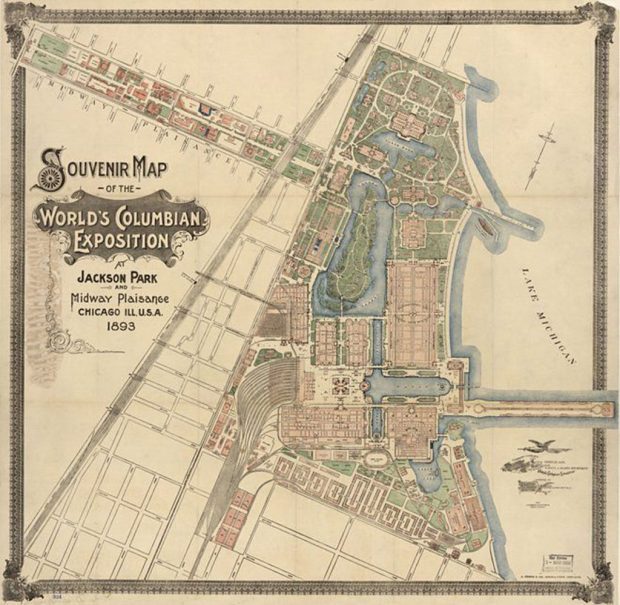 You missed a real party at the Columbian Exhibition. It was a massive event that drew over 27 million visitors in the Windy City. Is is estimated that a quarter of the American population paid a visit to the exhibition celebrating the 400th anniversary of Christopher Columbus’ arrival on a Caribbean beach. 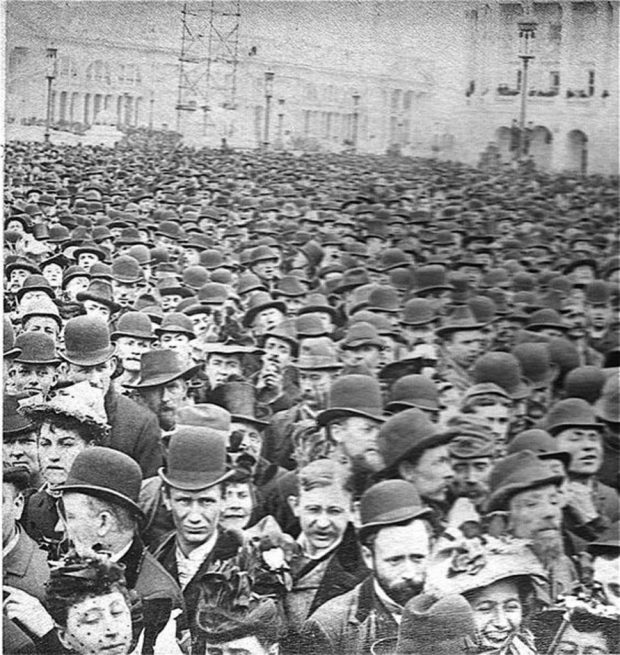 Crowd waiting at the gates.

Few would argue today that the Columbian exhibition was an architectural disaster of gigantic proportions. In a showcase of progress and future mechanical innovations, the architecture in contrast was a gigantic Beaux Arts pastiche. In an age of changes in technology and lifestyle, most architects still remained wedded to the glories of the past. 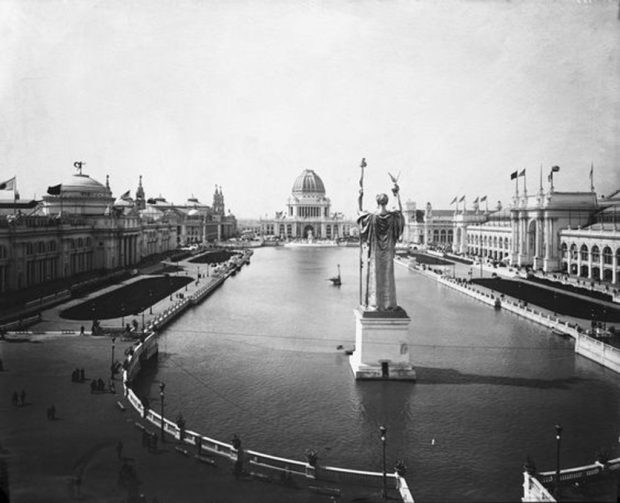 Showing the muscle of a nation eager to take its place on the map.

Ironically, Chicago was ahead of its time in modern architecture. All eyes were on Alder and Sullivan and the other members of the Chicago school who put the city ahead of New York with the first functional steel skyscrapers. 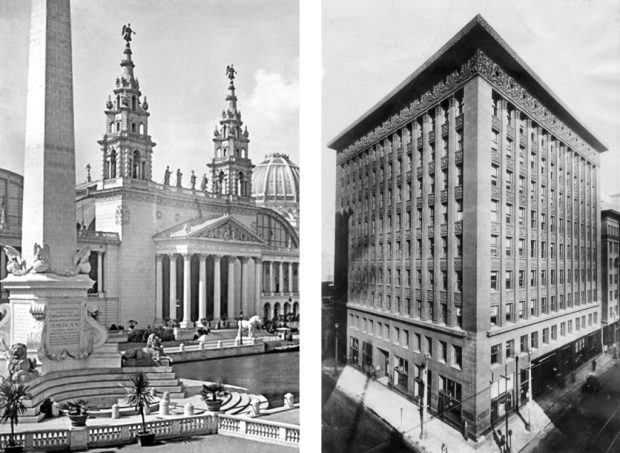 Whether it was a Fine Arts pavilion or the innovations halls, the pompous, wedding-cake neo-baroque architecture was not the best stage to preview the world to come. People got blinded by sham-classical buildings of white-washed plaster and plywood. 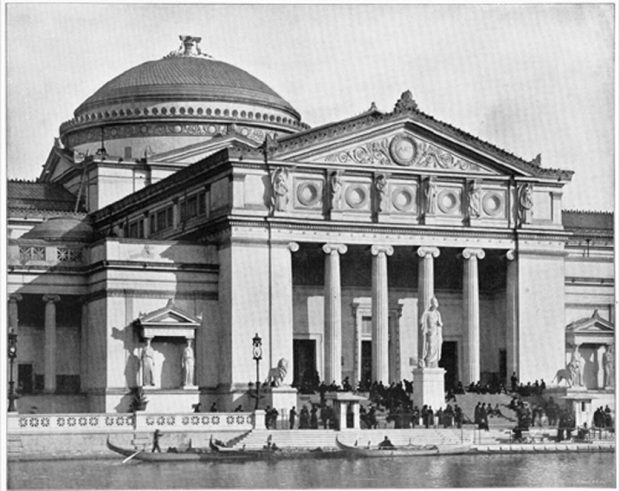 Guess were Cecil B. DeMille got his inspiration from. 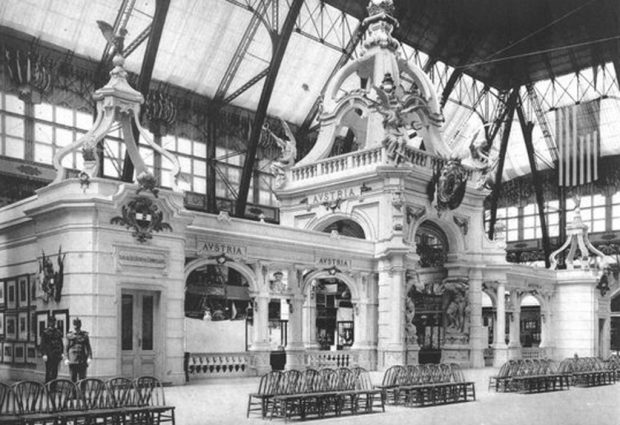 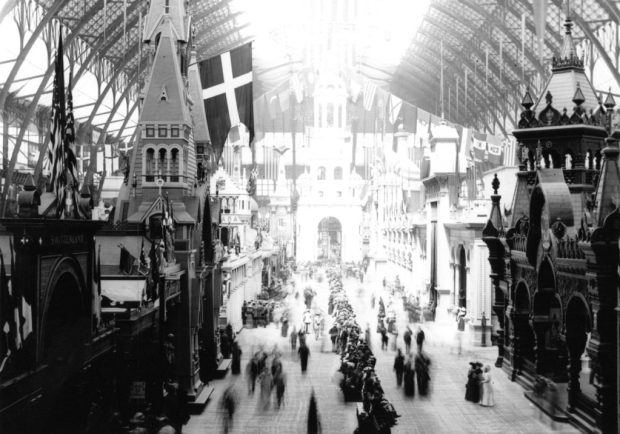 The Denmark of the future—or so they thought.

Many modern architects at the time, such as Frank Lloyd Wright or Louis Sullivan, were horrified with the exhibition halls. Not one of these great white buildings made history. Instead, 20th-century architecture was changed by a simple gift from the Japanese emperor. 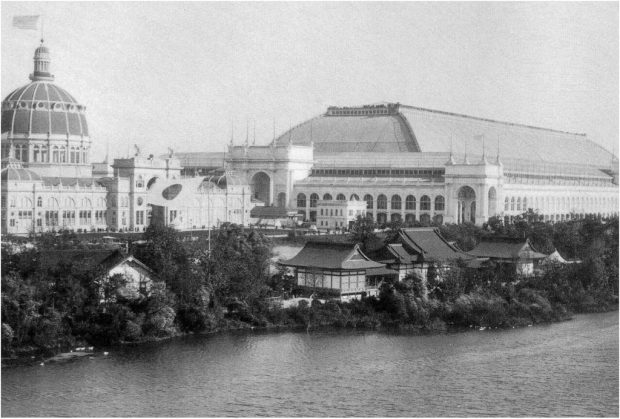 In an island isolated from the rest of the fair was the Ho-o-Den, the Japanese pavilion by Masamichi Kuru. This building inspired the young Frank Lloyd Wright to consider some of the fundamental tenets of architecture for the next century.

Want to know how? Stay tuned to my next post.